Waltham Abbey, known today as the Abbey Church of Waltham Holy Cross is located in the quaint market town of the same name just 14 miles from the City of London.

The town itself was named after the Abbey which was thought to be constructed around 1030 but the Saxon roots go back as far as 610AD.

Evidence has been found to support the East Saxons settlement and construction here which was most likely a small worshipping site built from wood.

Historical artifacts found at the abbey including flints and a Christian clasp linking Bishop Mellitus of the Saxons at the site conclude that King Sabert was in power at the time.

It is believed that King Harold was eventually laid to rest here after the battle of Hastings, although the king was said to be buried on the battle ground and later moved 3 times, this is hard to prove but there is a slab laid at Waltham Abbey in his honour.

King Offa, in or around 790 increased the size of the Abbey in Waltham whilst the Mercians controlled the East Saxons.

The third rebuild came with the Viking-Saxons around 1050 with the Abbey being used mainly as a college for the church.

1090 saw more work done to the abbey with stone and materials matching the periods of this age.

It would take another 150 years for the towers to be complete and you can still see evidence of the arches built in a Norman style to this day.

Power came to Waltham Abbey in 1184 as it was transformed to a ‘mitred abbey’ giving it status the same as a Bishop held.

Although exempt from direct dealings with any Bishop the Abbey could now reach out to the king directly making it the highest placed church in England.

Henry VIII had planned to replace the church with a cathedral but instead knocked down the majority of the buildings.

Only part of the church from the Norman era was left in place but if you look at the grounds from above you can still see the original outlines from the Saxon era. 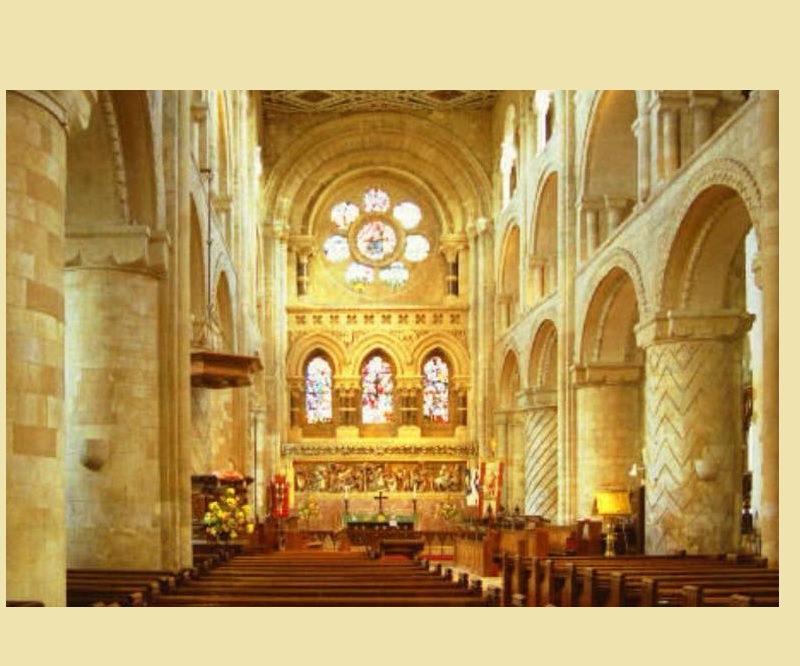 You can not help but admire the various historical artifacts around this stunning site, a timeline from the present to the Saxon era.

The Denny Tomb is found in the North Chapel and is where you will see the table tomb of Robert Smith.

Carvings of cannons, ships and maritime memorabilia decorate the Denny Tomb in honour of the sea captain who perished in 1637.

What is known as the Children’s Window has a great backstory.

Funds for the window were made up of donations from the parish children and then William Burges commissioned the famous Henry Holiday to design a stained glass piece for an empty window hole.

Around the Abbey you will also see various ponds, waterways, chained book marks, Romanesque pillars and outbuildings from various eras.

The gatehouse and bridge are also worth visiting and are home to two shields, although these are heavily weather decayed they are believed to be from English and French royalty.