Wareham is a market town in the county of Dorset and is a civil parish under the name Wareham Town. The settlement of Wareham was built on a strategic dry point between the mouths of the River Frome and the River Piddle, which converges into Wareham Channel of Poole Harbour.

Historically, the town is an important settlement of great note; existing as Durngueis in the time of the Britons and a small Roman settlement was discovered by archaeological excavations including Roman coins being discovered in the vicinity.

The current town was founded by the Saxons and was known to them as Væpham, Vepham, Veapham, and Thornsæta; and in some ancient records it is designated Werham, and Varama, a compound of Var-Ham, which is interpreted as “a habitation on a fishing shore” in Samuel Lewis’ A topographical Dictionary of England (1848).

Under the Dominion of Wessex 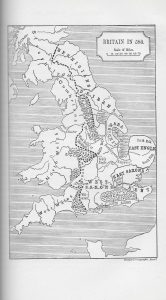 Wareham is noted for being the burial place of two Kings from technically the Cerdicingas Dynasty, but are more notably known as the House of Wessex – King Beorhtric in A.D 802 and temporarily King Edward the Martyr, who was interred here in A.D 978, and later translated to Shaftsbury Abbey.

After the death of King Beorhtric the Danes massacred Wareham’s inhabitants and reduced the town to its ruins. By A.D 876, Wareham had succumbed to Danish rule until the town was liberated by the besiegement of King Alfred the Great.

As the king’s army layed siege to Wareham, the Danes were forced to make peace with King Alfred. Both belligerent leaders agreed upon an accord where King Alfred paid a Danegeld and the Danes swore an oath to leave the Kingdom of Wessex, hostages were exchanged to uphold this accord.

An extract from the translated version of the Anglo-Saxon Chronicle by James Ingram details this interaction:

‘…. And they gave him as hostages those who were worthiest in the army; and swore with oaths on the holy bracelet, which they would not before to any nation, that they would readily go out of his kingdom…’

However, this accord was broken by the Danes who quickly fled under the cover of darkness to Exeter but were pursued by King Alfred and his army.

King Alfred the Great had to contend with the constant shadow of Danish raids or invasions just like his predecessors or contemporaries . He devised a network of defensive military positions spaced approximately 19 miles (30km) apart. Chosen for their strategic value and locality and furthermore strengthen and protected his kingdom more efficiently.

This enabled King Alfred’s military to confront any hostile force throughout his kingdom within a day. These defensive positions were fortified towns known as burhs (referred later as boroughs) and included Wareham being incorporated into Alfred’s network of burhs, or Burghal System.

To this day we are still reminded of Wareham being established as a burh; remnants of its ancient fortifications, or ‘earth ramparts’, are the town’s oldest features. They encircle the town on three sides with the River Frome protecting the southside of the burh. 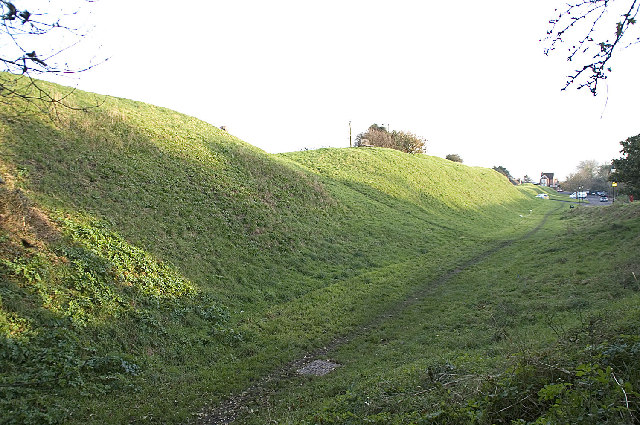 These defensive walls are designated as a Schedule Monument, which fall into eight protected sections, forming part of the defences of the Anglo-Saxon fortifications at Wareham and part of the motte and bailey castle with shell keep.

However, the base of the stone shell keep has been dated to the 12th century, including a large uncovering of 12th century pottery being discovered within the moat.

The early history of the castle is unclear because of the distinction between Wareham Castle and Corfe Castle; documentary sources have been met with great confusion, and therefore Wareham Castle is believed to have been established shortly after the Norman Conquest.

Wareham is included in the list of the Burghal Hidage, a document that was drawn up during King Edward the Elder’s reign (A.D 899 to 924). The Burghal Hidage represents a document of fortified burghs established by King Alfred and implies that it was compiled as part of the preparation for King Edwards campaign against the Danes in A.D 917.

In the Burghal Hidage, 1600 hides were allocated to maintain the defences of Wareham, meaning it was the third largest burh in the Kingdom of Wessex. The burh of Wareham underwent partial rebuilding during the 10th and 11th centuries, with the ditch being re-cut during the 12th century.

12th century historian William of Malmesbury details St Aldhelm for founding a church ‘close’ to Wareham – Lady St. Mary church is considered the most likely candidate because Lady St. Mary was attached to the priory of a Benedictine nunnery at Wareham, and St. Aldhelm is notable for introducing Benedictine rule during his Abbotship of Malmesbury (AD 675). Although later scholars have dated the ancient minster of Lady St. Mary as being founded circa AD 800.

The priory was destroyed during the Danish raid of AD 876 but is reported to have been rebuilt by princess Ælfthryth (Alfrida), circa AD 900, the daughter of King Alfred the Great and the countess of Flanders. 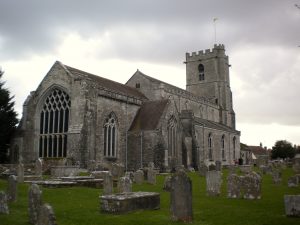 Unfortunately, later substantially modifications resemble most of the present Lady St. Mary – Brittonic inscriptions dating from the 7th to the 9th century were also discovered on five stones and the English Heritage have designated the church as a Grade I listed building.

A second Benedictine Priory was established on the site of the old priory as a dependency of Lyre Abbey during the 12th century, by a powerful Norman nobleman – Robert de Beaumont, 1st Earl of Leicester and Count of Meulan.

The priory suppressed in 1414 as an alien priory and was granted to Henry V’s newly founded Carthusian Priory of Sheen but was eventually seized by the crown in 1539.

The present building is from the early 16th century and is designated as a Grade II listed building – many alterations throughout the centuries have been implemented but the main features of the 16th century layout can still be traced. Nowadays, the priory is a functioning hotel and is fittingly called ‘The Priory Hotel’. 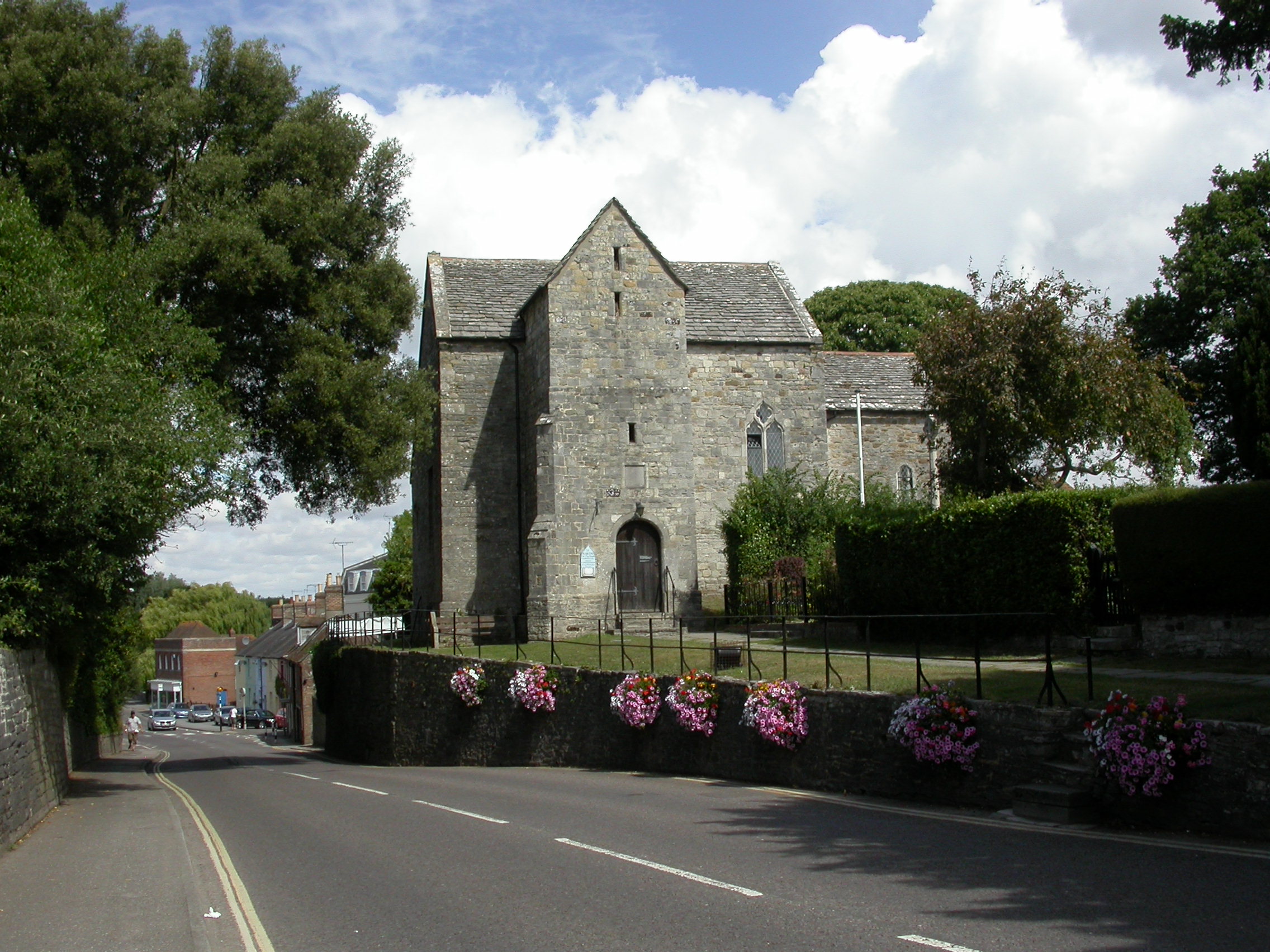 The equally ancient St. Martin’s-on-the-walls was founded in the 7th century, however, the current building was rebuilt in AD 1030, after the original was destroyed by King Cnut the Great. Centuries later the church fell into disuse but was restored in the 20th century and is the most complete example of an Anglo-Saxon church in Dorset. St. Martin is also designated as a Grade I listed building.

The 14th century building of the former Holy Trinity Church stands on the site of the Saxon chapel St. Andrew’s; designated as a Grade I listed building under ‘Holy Trinity Gallery [former Church of Holy Trinity]. Nowadays the church has been converted into the premises of ‘Not Just Sundaes Community Café’, located on South Street.

To finance the upkeep of the burh fortifications and inhabitants, many burhs established themselves as being important roles of commercial and administrative centres of the realm. Their fortifications were used to protect various royal mints and during King Æthelstan’s reign (AD 924 to 939), Wareham housed two royal mints.

It is traditionally reputed that Gold Court House on St. John’s hill is the site of a Saxon royal mint. The current building was rebuilt after the fire of 1762, on the foundations of a 13th century goldsmith’s house, and the premises of the Georgian town house are currently operating as a bed & breakfast. 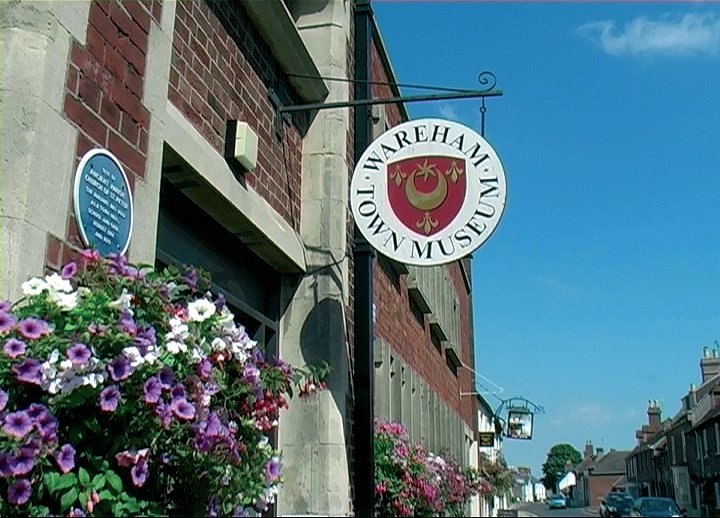 Wareham Town Museum has a Saxon exhibit displaying some Saxon artifacts, including coins and a late 10th century Saxon sword. The sword was discovered during the construction of the South Bridge in 1927, and is owned by the Dorset County Museum in Dorchester and is fortunately on loan to Wareham Town Museum.

The sword is made of iron with a decorative pommel; the grip bears an Old English inscription translated as “Æþe… owns me”. The name Æthel indicates the sword belongs to a member of the Saxon Royal Family. Unfortunately, only half of the sword was discovered, however, a full-size replica sword is also on display at the Saxon exhibit.

The museum is based in Wareham Town Hall and includes other local historical exhibits and notable people who lived there. The museum is open between 10.00 am to 04.00 pm and is closed on a Sunday.

Two of the Saxon chronicles parallel, with supplementary extracts from the others; : Anglo-Saxon chronicle : Free Download, Borrow, and Streaming : Internet Archive

Part of the defences of the Anglo-Saxon fortified centre of Wareham and part of the motte and bailey castle with shell keep, Wareham Town – 1003574 | Historic England

The Making of England by John Richard Green (1885)

The Students Dictionary of Anglo-Saxon by Henry Sweet  (1897)